Last week we at Think Shaadi had the privilege of showing you an innovative new project from our partners at The Wedding Filmer. One of India’s most sort after wedding videographers composed their own song for newlyweds Neha and Ravi. Titled ‘Chal le Chal’ and sung by Devangi Chopra, the song is a cover of Dust to Dust by the Civil Wars.

In this exclusive behind-the-scenes video, you will see the sheer amount of effort and care taken to create this slice of musical magic. The score was carefully crafted for the couple, bringing the unique aspects of Neha and Ravi’s love truly centre stage. With it’s sweet yet passionate lyrics, the score encapsulated the magnificence and brevity of eternal love.

As you will see, the team delved deep into their creative minds to really explore this new form of bespoke.

Who is The Wedding Filmer?

In just a few short years The Wedding Filmer have become the masters of storeytelling. Founded in 2010 by a creative genius, Vishal, with a fastidious attitude and sharp mind. The Wedding Filmer ignited India’s passion for the filming of wedding ceremonies. Before Vishal began his company, the idea of filming weddings wasn’t on the radar for most people, but now everyone who’s anyone has a videographer on their wedding to-do list, and more often than not it’s The Wedding Filmer.

Using a grand cinematic approach, Vishal and his team, which includes his all-star producer and wife, Zara, have created some of the most stunning and visually rapturous wedding films you have ever seen.

Vishal describes himself and his company – “This thin, tall, weirdly, oddly magical boy started The Wedding Filmer at his own wedding when he decided to make a tiny trailer for this girl he’d fallen crazily in love with.”

What is the prize?

If you are budding filmmaker or photographer, then this prize is literally heaven-sent. Two lucky people have the chance to learn some hands on skills, from the creative giants behind The Wedding Filmer, at a workshop in New Delhi*. They will cover everything from the business model, creative approach, operations, and client relationships. Bringing in real-world knowledge that will help make that big leap from an amateur, to join the new league of professional digital film-makers.

So you can make wedding films such as this 🙂

We don’t need to say that this is a life changing opportunity! Good luck!! 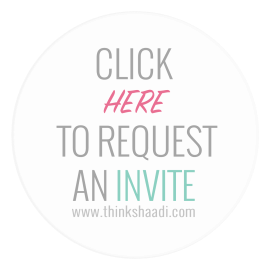